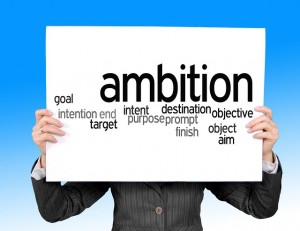 Daily, I’m never quite sure, where I’ll discover that valuable nugget or significant keeper. That’s why I always keep my eyes and ears open for “moments of significance.”

I was in Dallas, conducting results-sessions for some of the top financial advisors in the world. The night before I spoke, I attended a reception and dinner, where the featured guest speaker was Dallas Mavericks owner, Mark Cuban.

Cuban is a self-made billionaire. Before he bought the Mavericks in 2000 and became an NBA (National Basketball Association) team owner, he made a boatload of money by founding two companies, Micro Solutions and broadcast.com, which he sold to yahoo.

As one of my radio producers used to say, Cuban “gives good air!” Meaning, he fills the airwaves with entertaining anecdotes, quotes and opinions.

Well, okay, he may be all of those things, yet after hearing him speak (really answer questions for seventy-five minutes) and chatting with him briefly, I also found Cuban to be extremely likable.

He was direct. Smart. Funny. Honest. Entertaining. And memorable.

Being memorable, is something Cuban especially values.

When he was asked, “What’s your goal for your team/franchise?”—he replied with what I’ll label as an un-rehearsed burst of brilliance:

“My business really isn’t about basketball or for that matter, winning games. My purpose is to create memories, so fans will forever remember their experience at a Mavs game. The next day, I want their throats to still be raw from screaming. Their hands, still red from clapping. And their feet, still sore  from stomping.”

Cuban is singularly focused on the outcomes, results, benefits, advantages, value and memories his “product” produces.

Of course, he knows the importance of winning, yet it must be in a unique and memorable environment. One that’s unforgettable. One that generates positive word-of-mouth. One that helps sell over 17,000 seats per game.

Cuban knows memories drive revenue. To best create those indelible mind impressions, Cuban is an active participant. He can be seen cheering his players and screaming at refs from the sidelines. Or cueing the audio engineer at a Mavs game to pump up the volume. He knows music that’s loud, thumping and stirring revs-up the crowd.

Cuban is also easily accessible. Daily, he answers hundreds of e-mails from fans. He knows this type of “personal relationship” with customers also creates the right memories.

What memories are you creating for your customers?